How to declare your foreign real estate? 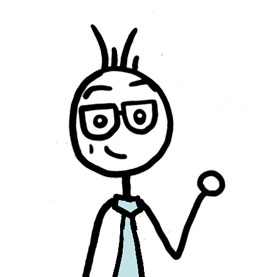 Hello, hello !
I’m Noé and I spend my life making yours easier

Want to deep dive into the topic ?

In a substantial number of articles, we have tackled taxation in Switzerland from nearly every angle.  We have explained how taxes and deductions work in Geneva, we have covered income taxation as well as wealth taxation in the canton of Valais, as well as introducing the strange family quotient in our beloved canton of Vaud.

As a reminder, we always assume that your tax residence is in Switzerland, meaning that Switzerland has the seniority in terms of taxation and decides how your income, your rent, your wealth generated in the country will be taxed.

In this paper, we will focus for the first time on the taxation of assets held abroad and will discuss in detail the taxation of real estate that you do not hold within the Swiss Confederation.

For several reasons, it is quite common today to own real estate in Switzerland as well as abroad:

Where to declare your real estate held outside Switzerland?

No guesswork, the rule is simple: In Switzerland AND in the country where it is located. Easy, isn’t it? If you own foreign property, it must appear fiscally in both countries. It also works the other way around, meaning if own a Swiss real estate, but live elsewhere (for example in France), you will be required to submit a tax return in Switzerland.

Where should I pay taxes on my foreign real estate?

For real estate – to distinguish from movable assets and revenues such as shares, bonds, dividends, coupons, etc… – taxes are incurred where the property is located. If you rent your apartment in Divonne, then you will have to declare it together with the income it generates both in Switzerland and in France, but France will tax it all.

How will your taxes be affected if you own real estate abroad?

Even if your property is not located in Switzerland, you will have to report these two mandatory characteristics in your tax return:

The fiscal value of the real estate

No matter its type (second home, investment property, family house) you must disclose its so-called fiscal value. The tax authorities will refer to this indicator to assess your patrimony and consequently to define your tax rate.

The rental value or the real estate rents

This follows the same principle as for the properties held in Switzerland. The rental value allows, in case your property is not on the rental market, to determine the theoretical amount that could have been perceived.

At this stage, you probably wonder: What’s the point of declaring my secondary home to the Swiss tax authorities if the other country tax it anyway, together with the income it generates? Good point. But bear with us, there is a major reason that may not make sense at first glance.

The headline sums it up quite well. Now it is clear: the country where the property is located will tax you, and Switzerland needs to cope with the standard principle of “no double taxation”, thus should not collect taxes on it as wealth nor on the perceived income.

However, the fiscal and rental values you have provided will allow the authorities to adjust the tax rate applied to your Swiss revenues and wealth. I regret to ruin the atmosphere: it is upwardly adjusted; your tax rate will increase. Let’s illustrate the mechanism with a simple example:

Your situation is the following:

To make it even easier, let’s imagine we live in a world where all tax scales are the same (in Switzerland and aboard)

Case 1 – Almost a fairy tale: The rule does not exist

If this was our reality, the tax burden would have been calculated as follows:

Unlike in above-described idealistic world, taxes are determined as follows:

And despite the fact that it may feel unfair, it’s rather logical… If you would have earned it all in Switzerland, the applied rate would have been 22%. Switzerland does not tax the foreign CHF 50’000 but established this rule to restore the “proper” rate, according to the entirety of your annual income.

This first example was meant to showcase the mechanism. I now propose to tackle a more realistic, thus more complex example, adding debts, interests and international distribution to the equation.

Example of real estate properties in Switzerland and France

The fiscal value of the house I own in the Swiss vineyards was set at CHF 1 million.   To finance the purchase, I incurred a mortgage of CHF 800’000, with an interest of CHF 8’000 per year. It costs me an extra CHF 2‘000 annually for maintenance, and the tax authorities agreed to a CHF 30’000 rental value.

As mentioned earlier, we have to isolate the portion taxed in Switzerland from the one taxed in France.

Step 2: Determine the international distribution of debt and derive the taxable wealth by country.

While your wealth and income adjust your rate, debt also plays a role. It will decrease either:

In our example, we need to distribute the total debt between France and Switzerland. Good news, we will simply have to take the percentages defined in the first step.

Thanks to distribution mechanism, we can precisely determine the wealth taxed by each country.

Obviously, after having read (and reviewed, naturally) all our articles related to the calculation of taxable wealth, you know that you can work it with this simple formula: Total wealth – total debt. Back to our example, this translates into:

Here we are! We are now clear on how your foreign real estate properties and mortgages will affect your wealth taxation in Switzerland.

Let’s not stop halfway. A few more steps are required to get the full picture. Remember, we need to capture the impact of foreign real estate on your income tax.

In our example, we have leveraged two types of loans (a Swiss mortgage, and a French real estate loan) to finance the purchase of properties. Each of these, in addition to their installments, has a cost taking the form of interests.

Each year, interest payments can be deducted from your taxable income. And here again, we need to check what goes where: France, or Switzerland?

Let’s distribute the CHF 14’000 of paid interest between the two countries, leveraging the wealth allocation performed earlier: 67% to Switzerland, 33% to France

Switzerland will authorize a CHF 9’240 deduction from your taxable income, and France CHF 4’760.

As easy as ABC now that you master the topic. Take the total taxable income in Switzerland reduced by all the authorized deductions (such as maintenance expenditures), then subtract the interest on the debt, calculated thanks to the international distribution.

In a nutshell, this is the result from our example:

Phew, that was something…  What do you think? If you’re still reading these last lines, you probably appreciated this article as much as I did. In case of remaining questions, clarifications or if you simply want to simulate the impact of a real estate purchase, feel free to contact us.

Do you have an opinion? A suggestion ? Cancel reply

Check out our services offering

Don't hesitate!
The first appointment is always free of charge!